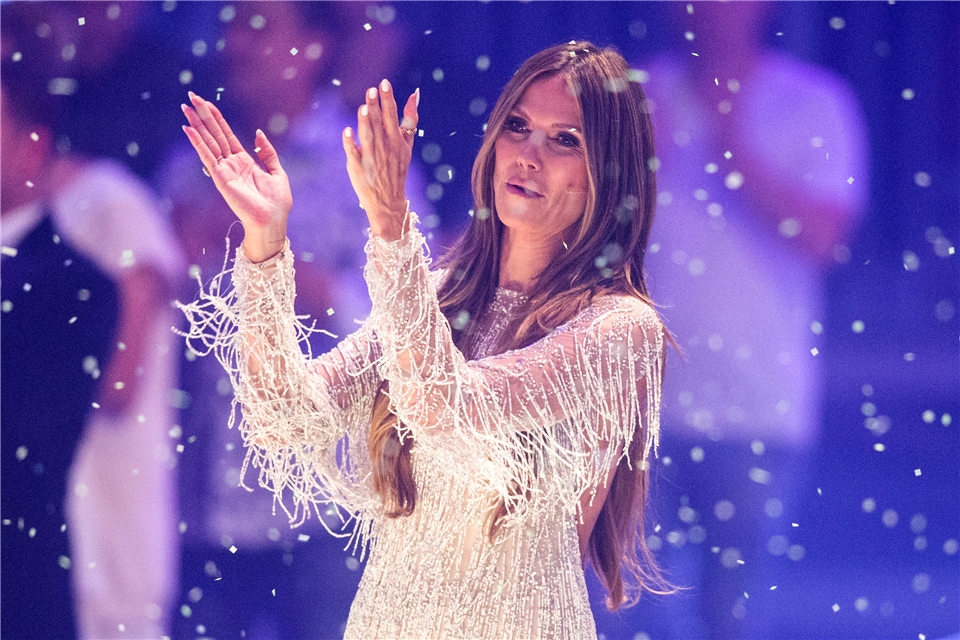 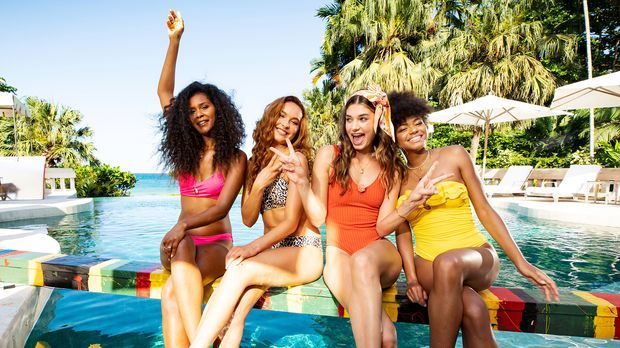 In May , during the live finale of cycle 8, Klum was attacked by two topless Femen activists, Zana Ramadani and Hellen Langhorst, who flashed her.

In April , Miriam Höller, from cycle 5 said in an interview that contestants are poorly treated on the show; for example, they are not given enough food or their mobile phones are taken away.

She also said that Klum was "extremely cold", and criticized the cooperation with Günther Klum.

She also mentioned that a client who had worked with her before the show wanted to book her but ONEeins said Höller was busy, even though she wasn't busy at that time.

The client was offered to book Sara Nuru instead of Höller. In April , German model Eva Padberg said that the show was just entertainment and not the reality of model business.

She also expressed her hopes for participating girls to know this. In May , psychiatrist Manfred Lütz said according to a study "GNTM" promoted anorexia.

Since the first cycle, the show is subject of repeated checks by the Commission. In September , former judge Wolfgang Joop criticized the show as well, stating he didn't want to be part of that anymore since "The viewers expect things that the fashion expert does not.

Namely, contestants collapsing, getting homesick, crying and falling on their heels. These are stories that do not interest us in the fashion world.

In in Episode 9 of Cycle 12 the contestants had a photo shoot on a bed with male models wearing lingerie. The photo shoot took place in the streets of Los Angeles and caused a car accident and Heidi Klum made fun of that accident.

The audience and several media criticized Heidi Klum and the show for that. In May the finale of Cycle 12 aired and Heidi Klum was heavily criticized by the media and audience for her performance.

For example, Süddeutsche Zeitung said, that the only winner of the show after 12 cycles is just Heidi Klum and not the participants.

They critzied that it does not matter who is winning the show, because it is only about promotion, the showmanship of Heidi Klum herself and about showing a pestilent body image.

Also in May the German radio and television broadcaster Philipp Walulis criticized the show and its practices within his YouTube -show " Walulis " as well.

Within this video, former contestants have their say. Beth Ditto said in June "I see it very critically that in programs like this girls are stirred up against each other.

There are so many other ways to do what you want without such a show that destroys so many dreams. In May Cycle 13 contestant Victoria Pavlas officially said that Pro7 and the Team behind Germany's Next Topmodel portrayed her in a wrong way on television.

She said: "I do not want to be portrayed like this by Pro7 only for Fame. In Cycle 4 contestant Tessa Bergmeier criticized the show and revealed the practices of the crew behind the camera, stating: "The production people often put words and phrases in the contestants mouths that they would never have said.

In in Cycle 14 there was a physical fight between contestants Jasmin Cadete and Lena Lischewski shown on Television, leading to the disqualification of Cadete.

The lawyer of Lischewski sued ProSieben and the cameramen saying: "It is unacceptable that a television station films how a minor is beaten by another participant during the filming and the present camera crew does not intervene immediately, but continues to film the scene.

Many, including Stanat herself, believe that this happened due to ProSieben being angry about her announcing her quit just a few weeks before the finale.

It added that the all-clear was given after a full search of the arena with sniffer dogs. The investigation to identify the caller was ongoing.

Broadcaster ProSieben said in a statement that it was "very relieved that nothing bad happened" and that organizers will determine Friday how to choose a winner for the competition.

Klum — who was hosting the show — posted a picture of herself on Twitter with the finalists from the competition, writing that: "the evening did unfortunately not end the way I wished for!